Many retirees in Ohio are moving into smaller homes. The Columbus Dispatch reports that, over the next 15 years, 120,000 people in Central Ohio are expected to downsize their homes after they turn 65. That figure doesn't include seniors elsewhere in the state. If you're nearing retirement and live in Ohio, you may soon be purchasing a home that's smaller than your current one. You don't have to live in a home that looks small, though. Here's how you can install hardwood floors in your new home to make it appear larger than it really is.

Hallways are the narrowest part of any home, and in smaller homes they can be especially narrow. By making them look wider, you'll increase how spacious the most compact areas in your new home appears.

You can create a widening visual effect in hallways by having hardwood floors installed so that their boards are perpendicular to a hallway's walls. The board's perpendicular lines will create an illusion that emphasizes width over length, thus making your hallway look wider rather than narrower.

For maximum effectiveness, use boards that are cut as wide as the hallway they're being installed in. This will ensure there aren't any seams where two boards meet, which would break up the pattern of perpendicular lines. Usually, it's not difficult to find boards that can be cut to the width of a hallway, as hallways typically aren't too wide.

Any room that has a floor-to-ceiling view of the outdoors can be made larger by directing people's eyes outside. This strategy works particularly well in waterfront properties that have oversized windows that look out on the water. It can also be used to make rooms with sliding glass doors that open onto a porch or patio look bigger.

To direct people's eyes outdoors, install a hardwood floor with long boards that run perpendicular to the room's windows. On Cleveland.com, Judy Stringer explains that people's eyes will follow lines. Creating long lines that lead to the outdoors will guide people's vision to the outdoors and expand their view beyond the confines of the room.

Square, undersized rooms can be made larger by putting a hardwood floor in at an angle. Instead of putting the boards in so that they run parallel to one wall and perpendicular to the other, install them at a 45-degree angle. Their lines will direct people's views to the corners of the room, emphasizing the distance between opposite corners.

For instance, consider a new home with a bedroom that measures just 10 feet along each wall. The longest seam of a hardwood floor that's installed parallel to one of the walls would be 10 feet -- the length of the wall. If the floor's installed so that boards are at a 45-degree angle to the wall, though, the longest seam would be a little more than 14 feet long. (The distance between opposite corners of this room would measure just over 14 feet.) The longer seam would make the room appear larger.

There are many advantages to downsizing if you're retiring and no longer need all of the space in your current home. Living in a smaller home may feel cramped, though. Before you move into a new, smaller home, use some of the proceeds you get from selling your larger home to have hardwood flooring installed your new home -- keeping these tricks in mind. The flooring won't actually alter the dimensions of your home, but it'll change how big it feels. 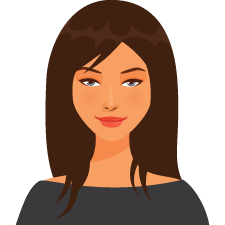 When I bought my first home, I realized that it needed a lot of work. Instead of sinking money into my wardrobe or going out to eat, I spent a bunch of money fixing up the outside of my house and thinking about interior renovations. However, when it came time to renovate my home, I realized that it might be best to do a little research first. I started attending home and garden seminars to learn easy ways to make my space more functional and attractive. The results were incredible. Within a few months, my home looked a thousand times better. Check out this blog to find out how to perfect your home and garden.